NAIDOC Week celebrations are held across Australia each July to celebrate the history, culture and achievements of Aboriginal and Torres Strait Islander peoples. NAIDOC is celebrated not only in Indigenous communities, but by Australians from all walks of life. The week is a great opportunity to participate in a range of activities and to support your local Aboriginal and Torres Strait Islander community. NAIDOC originally stood for ‘National Aborigines and Islanders Day Observance Committee’. This committee was once responsible for organising national activities during NAIDOC Week and its acronym has since become the name of the week itself. Find out more about the origins and history of NAIDOC Week.

Have you thought about organising a NAIDOC event in your area? A few suggestions about how you can celebrate NAIDOC can be found on this website. 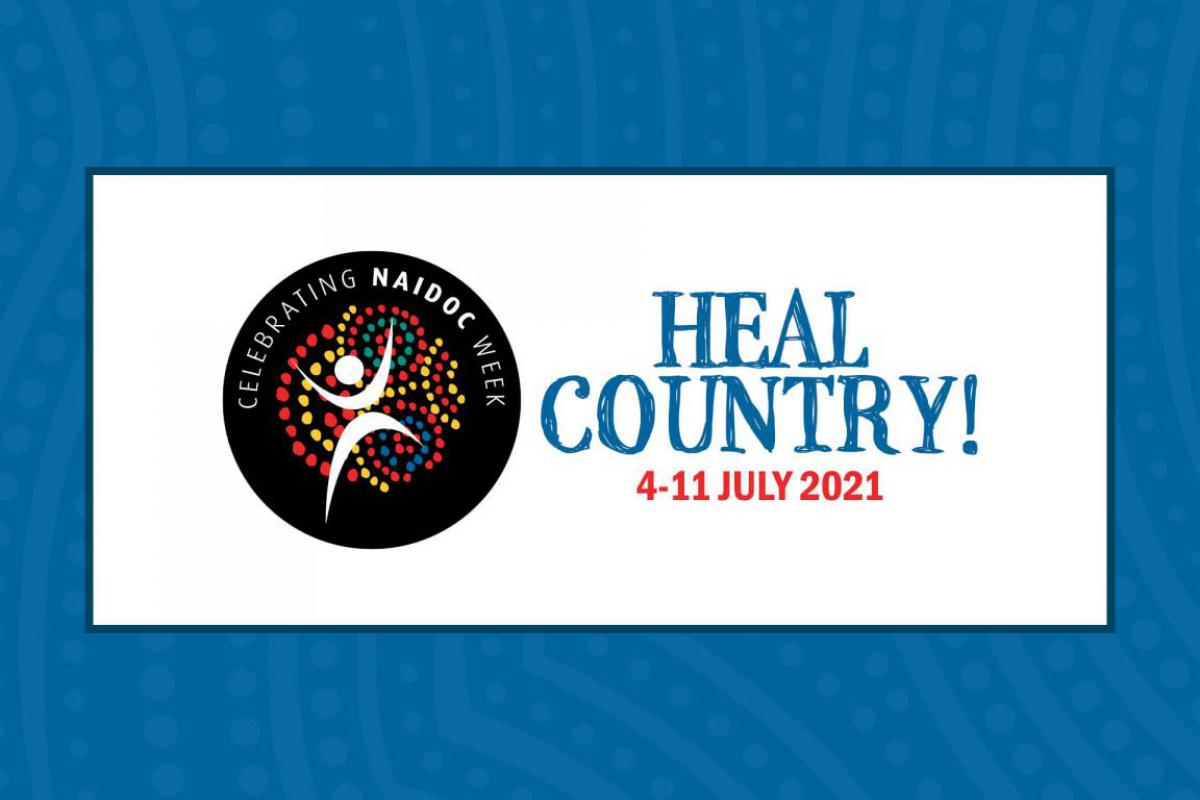 For many years, the Australian Government has supported national NAIDOC celebrations as well as providing funding grants through the Regional Network to fund local celebrations.

Wherever you live, you can take part in NAIDOC Week celebrations. To find out about NAIDOC Week activities in your area, contact your nearest Regional Office.

The NNC is a voluntary Committee independent of Government and comprises of eight committee members and two co-chairs. NNC members are appointed for a term of three years following a following a public expression of interest process.

Decisions on NAIDOC were once made by the National Aborigines’ and Islanders’ Day Observance Committee that gave the celebrations their name. Between 1997 and 2004, this role was performed by the Aboriginal and Torres Strait Islander Commission (ATSIC). With the abolition of ATSIC in March 2005, an interim committee based in the focus State, South Australia, made decisions on NAIDOC 2005.

At the 2005 National NAIDOC Ball and Awards Ceremony the interim committee presented Indigenous leader and former Senator Aden Ridgeway with a message stick as the ‘custodian’ of NAIDOC. Aden chaired the committee until 2008. Co-Chairing responsibilities were transferred to Dr Anne Martin and Ben Mitchell who undertook the role for 10 years during 2008-2018. Since that time, Patricia Thompson and John Paul Janke chaired the National NAIDOC Committee. In 2020, membership changes have seen Shannan Dodson join John Paul Janke as Co-Chair.

Learn more about Shannan and John Paul, along with other members of the National NAIDOC Committee –

The Australian Aboriginal Flag was designed by artist Harold Thomas and first flown at Victoria Square in Adelaide, South Australia, on National Aborigines Day in July 1971. It became the official flag for the Aboriginal Tent Embassy in Canberra after it was first flown there in 1972. Since then, it has become a widely recognised symbol of the unity and identity of Aboriginal people.

In view of the flag’s wide acceptance and importance in Australian society, the Commonwealth took steps in 1994 to give the flag legal recognition. After a period of public consultation, in July 1995 the Aboriginal flag was proclaimed a ‘Flag of Australia’ under the Flags Act 1953.

In 1997 the Federal Court recognised Harold Thomas as the author of the flag.

Form and symbolism
The Aboriginal flag is divided horizontally into halves. The top half is black and the lower half red. There is a yellow circle in the centre of the flag.

The meanings of the three colours in the flag, as stated by Harold Thomas, are:

Copyright
The Australian Aboriginal flag is protected under copyright and may be reproduced only in accordance with the provisions of the Copyright Act 1968 or with the permission of Harold Thomas. Contact details are:

In the same year it was recognised by the Aboriginal and Torres Strait Islander Commission (ATSIC) and given equal prominence with the Australian Aboriginal Flag.

Form and symbolism
The Torres Strait Islander flag has three horizontal panels, with green at the top and bottom and blue in between. These panels are divided by thin black lines. A white Dhari (traditional headdress) sits in the centre, with a five-pointed white star beneath it.

The meanings of the colours in the flag are:

Display
Any questions on how and when to display the Torres Strait Islander flag should be directed to the Commonwealth Flag Officer in the Department of the Prime Minister and Cabinet.

The TSIRC gives permission for requests to reproduce the Torres Strait Flag subject to the following conditions:

Further information on flags is available on the

Heal Country, heal our nation.
Country is inherent to our identity.

It sustains our lives in every aspect – spiritually, physically, emotionally, socially, and culturally.

It is more than a place.

When we talk about Country it is spoken of like a person.

Country is family, kin, law, lore, ceremony, traditions, and language. For Aboriginal and Torres Strait Islander peoples it has been this way since the dawn of time.

Through our languages and songs, we speak to Country; through our ceremonies and traditions we sing to – and celebrate Country – and Country speak to us.

Increasingly, we worry about Country.

For generations Aboriginal and Torres Strait Islander people have been calling for stronger measures to recognise, protect, and maintain all aspects of our culture and heritage for all Australians.

We have continued to seek greater protections for our lands, our waters, our sacred sites and our cultural heritage from exploitation, desecration, and destruction.

We are still waiting for those robust protections.

Healing Country means embracing First Nation’s cultural knowledge and understanding of Country as part of Australia’s national heritage. That the culture and values of Aboriginal peoples and Torres Strait Islanders are respected equally to and the cultures and values of all Australians.

The right to protect Country and culture is fundamental.

Destruction and desecration of our sacred lands or ancient sites – some of the oldest human occupation sites on the planet – is an enormous loss for both our nation and the world.

But to truly heal Country we have more to do.

For generations, our Elders and communities have advocated, marched and fought for substantive institutional, structural and collaborative reform.

The aspirations of Aboriginal and Torres Strait Islander peoples are the culmination of generations of consultation and discussions among our nations on a range of issues and grievances.

Healing Country means finally resolving many of the outstanding injustices which impact on the lives of our people.

It must be a fair and equitable resolution.

Fundamental grievances will not vanish. In the European settlement of Australia, there were no treaties, no formal settlements, no compacts. Aboriginal and Torres Strait Islander people therefore did not cede sovereignty to our land. It was taken from us. That will remain a continuing source of dispute.

To Heal Country, we must properly work towards redressing historical injustice.

While we can’t change history, through telling the truth about our nation’s past we certainly can change the way history is viewed.

After 250 years, our children and our future generations deserve better.

For generations we have repeatedly called for just recognition of our right to participate on an equal basis in economic and social terms.

Yet such participation cannot be successful unless, first, there is formal recognition that Indigenous people have been dispossessed and, second, definite, specific steps are taken to redress the grave social and economic disadvantage that followed that dispossession.

Healing Country is more than changing a word in our national anthem – it is about the historical, political, and administrative landscapes adapting to successfully empower and celebrate Aboriginal and Torres Strait Islander communities, nations, and heritage.

We are all looking for significant and lasting change.

We cannot afford to let pass the very real opportunity that now presents itself for reform based on a fundamental change in the relationship Australia has with Aboriginal and Torres Strait Islander peoples.

1920 – 1930
Before the 1920s, Aboriginal rights groups boycotted Australia Day (26 January) in protest against the status and treatment of Indigenous Australians. By the 1920s, they were increasingly aware that the broader Australian public were largely ignorant of the boycotts. If the movement were to make progress, it would need to be active.

In 1935, William Cooper, founder of the AAL, drafted a petition to send to King George V, asking for special Aboriginal electorates in Federal Parliament. The Australian Government believed that the petition fell outside its constitutional responsibilities.

1938
On Australia Day, 1938, protestors marched through the streets of Sydney, followed by a congress attended by over a thousand people. One of the first major civil rights gatherings in the world, it was known as the Day of Mourning.

Following the congress, a deputation led by William Cooper presented Prime Minister Joseph Lyons with a proposed national policy for Aboriginal people. This was again rejected because the Government did not hold constitutional powers in relation to Aboriginal people.

After the Day of Mourning, there was a growing feeling that it should be a regular event. In 1939 William Cooper wrote to the National Missionary Council of Australia to seek their assistance in supporting and promoting an annual event.

More information about the Day of Mourning can be found at the AIATSIS website.

1940 – 1955
From 1940 until 1955, the Day of Mourning was held annually on the Sunday before Australia Day and was known as Aborigines Day. In 1955 Aborigines Day was shifted to the first Sunday in July after it was decided the day should become not simply a protest day but also a celebration of Aboriginal culture.

1956 – 1990
Major Aboriginal organisations, state and federal governments, and a number of church groups all supported the formation of, the National Aborigines Day Observance Committee (NADOC). At the same time, the second Sunday in July became a day of remembrance for Aboriginal people and their heritage.

In 1972, the Department of Aboriginal Affairs was formed, as a major outcome of the 1967 referendum.

In 1974, the NADOC committee was composed entirely of Aboriginal members for the first time. The following year, it was decided that the event should cover a week, from the first to second Sunday in July.

In 1984, NADOC asked that National Aborigines Day be made a national public holiday, to help celebrate and recognise the rich cultural history that makes Australia unique. While this has not happened, other groups have echoed the call.

1991 – Present
With a growing awareness of the distinct cultural histories of Aboriginal and Torres Strait Islander peoples, NADOC was expanded to recognise Torres Strait Islander people and culture. The committee then became known as the National Aborigines and Islanders Day Observance Committee (NAIDOC). This new name has become the title for the whole week, not just the day. Each year, a theme is chosen to reflect the important issues and events for NAIDOC Week.

During the mid-1990s, the Aboriginal and Torres Strait Islander Commission (ATSIC) took over the management of NAIDOC until ATSIC was disbanded on 15 April 2004.

Over the period from 2004 to 2005 there were interim arrangements, with former Senator Aden Ridgeway chairing the Committee until 2008.

Anne Martin and Ben Mitchell served as co-chairs of the National NAIDOC Committee from 2008 to 2018, when Patricia Thompson and John Paul Janke were elected the Co-Chairs.

The National NAIDOC Committee has made key decisions on national celebrations each year and has representatives from most Australian states and territories.